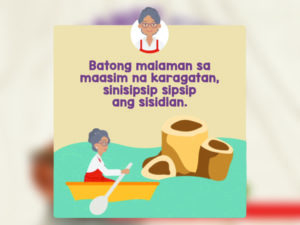 LOLA has shown you ulam Pinoy recipes from Luzon, now she’ll take you to Bacolod, the Sugar Capital of the Philippines, for her second riddle. Bacolod, also known as the City of Smiles, is booming with its Food Tourism offering a variety of native and innovative dishes. This food haven is home of culinary masterpieces honed through time such as Cansi, a soupy dish made of beef shank and sour-salty-umami broth.

Known for its unique tasting broth, Cansi takes pride as one of the pillars of Negrense Cuisine. Its broth is made from a local fruit called “Batwan” which is boiled and extracted making the soup sour while the beef shank provides the meaty-fatty flavors to round up the whole taste experience. 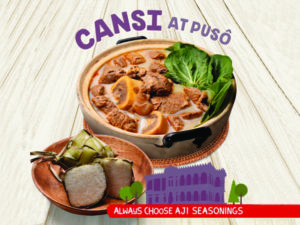 The locally grown Batwan have been a staple ingredient in a Negrense household. Its taste profile includes a mellow and round sourness as compared to its counterparts like Sampalok (having a spiky sour taste) and Calamansi (having a citric sour taste).

Bacolod is known to be the home of the famous Chicken Inasal, a dish wherein the chicken is marinated in aromatics, soy sauce, calamansi, lemongrass, and annatto oil, skewered and grilled. In an area called Manokan Country, all stalls venerated Chicken Inasal as their specialty dish

Palapala is a way of dining rather than a type of dish. It is comparable to Manila’s Dampa wherein people buy fresh seafood and will be cooked according to the customer’s preference.

A native snack called Piaya is one of the “pasalubong” items from Bacolod. Piaya is a flatbread with muscovado sugar filling cooked in a flat top pan. Other variety includes ube-flavored Piaya.

LOLA still got more for you. From Kare Kare to Cansi, we’ll fly down south to discover the cuisine of Maguindanao.

The Holy Week is fast-approaching! As a country with a predominantly Catholic population, having...

Good food does not come cheap and this makes homemakers less flexible with their...

It has been a difficult year for everyone as the COVID-19 pandemic brought a...